Virtually every review for , ’s star-studded sequel to 2019’s whodunit hit  points out the similarities between one of the main characters and a certain Tesla innovator-turned-controversial new CEO of Twitter.

For his follow-up, Johnson shifts the action an old-money mansion in New England to a private Greek island owned by a smarmy tech billionaire named Miles Bron (), who has invited a handful of his eccentric well-to-do friends for a week of revelry, including a mystery game he had designed in which guests will sleuth out his staged murder. Of course, when famed detective Benoit Blanc (Daniel Craig) — the only returning character Knives Out — shows up, it turns out there’s an actual murder that needs solving.

Since the film’s premiere at the , Norton’s obnoxious Bron has been called “a thinly veiled Elon Musk” (), “a super-wealthy Elon Musk stand-in” (), “Elon Musk-like” ()… you get the drift. But in interviews with Entertainment, neither Johnson nor Norton was willing to admit aloud that Musk, now making headlines on a daily basis for seemingly ill-conceived edicts following his $44 billion Twitter takeover, was a direct influence. Still, like in a murder mystery itself, there are lines to read between — and it’s clear they had some Muskiness on their minds.

“When I was writing, I found that any time I started thinking too specifically about any one person, it got very uninteresting, very quickly,” Johnson (Looper, Star Wars: The Last Jedi) says. “Just taking the piss out of a specific person. Not that interesting.

“The thing that was interesting was kind of zooming back and thinking about this general group of people and our relationship to them as a society. We want them to be Willy Wonka. But we want to hurl insults at them, but we also all have this deeply unhealthy thing inside us like, ‘Maybe they’re actually going to save us.’ Or ‘Don’t bet against them because what if they’re right?’ So it’s exploring that uniquely American thing of mistaking great wealth for great wisdom. … That than going after any specific person that I don’t know in real life.”

Norton (Fight Club, Motherless Brooklyn), too, says the character is of an amalgamation.

“I think Miles is representative of a species. And there are dozens of them. There’s a handful that have had documentaries made about their foibles and their excesses and their lies and their self-aggrandizement and their notional talent. Men and women, both, by the way. We’re in an era of the rise and fall of [them]. There really are quite few people who contributed quite a few details to Miles’s make-up.

“And we made this in the spring of last year, so some of the mighty had not yet fallen. Some of the emperors had not yet shown that they have no clothes in 2021, who maybe now are the focus.” 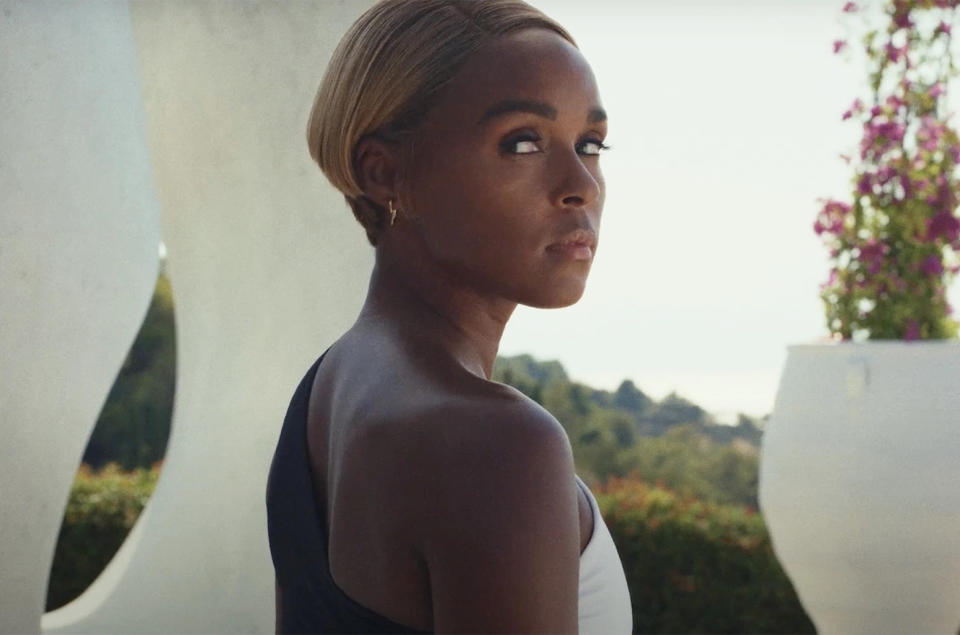 However, it’s not just Norton’s character, Miles Bron, who represents sordid aspects of American capitalism and entrepreneurship in Glass Onion. There’s also Andi Brand (), the former business partner Bron screwed over on his way to conquering the world.

“It happens across every industry,” says Monae (Moonlight, Hidden Figures). “So many women, Black women in particular, who are not credited for their ideas, who are overlooked, who raise their hand to say something [and] are not heard. But [someone ] the majority raises their hand and says the same thing and it’s like, ‘Ah! Wow, what a brilliant idea.’ I’ve spoken to lots of women about those moments, and I think I was honoring them in a sense.

“But I think with Rian, as much as this film is saying something, it’s also entertaining. These are wealthy folks. My character is absolutely a person who is with great influence, but is trying to do the right thing with her influence. … But you want to root for her because of the complicated relationship she has with Miles… It’s so layered.”

Glass Onion: A Knives Out Mystery opens in theaters Nov. 23 for one week only before debuting on Netflix Dec. 23.