Dan Wetzel, SI’s Pat Forde & SI’s Ross Dellenger pick all of college football’s best rivalry week games against the spread on this week’s edition of Race for the Case.

Before choosing winners and cementing their locks of the week, the pod revisits some of the best rivalry game moments that they have witnessed, including Iron Bowl upsets & the gritty history of the Egg Bowl. The guys then do a snake draft of which teams need to win their rivalry game matchups most for either pride, job security or seeding.

The fellas then give their picks for the Mississippi State Bulldogs at the #20 ranked Ole Miss Rebels, the South Carolina Gamecocks at the #8 ranked Clemson Tigers, the #9 ranked Oregon Ducks at the #21 ranked Oregon State Beavers, the #15 ranked Notre Dame Fighting Irish at the #6 ranked USC Trojans, the #3 ranked Michigan Wolverines at the #2 ranked & as always. their locks of the week.

41:07 Two College Station men were accused of stealing more than $1,000 worth of alcohol from a grocery store 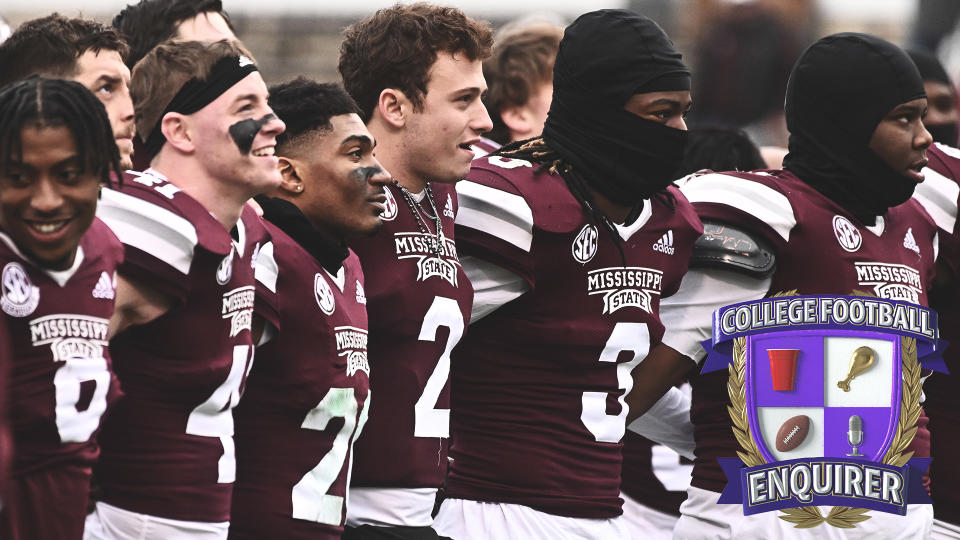