The CFP has released a new top 25, so the pod breaks down who got snubbed and who got a boost from the committee.

On Tuesday, Lane Kiffin pulled a Lane Kiffin and trolled local beat reporters who were claiming that he was signing on as the next Auburn head coach.

Week 13 for college football includes a lot of great rivalry game matchups including the highly contested Egg Bowl between Mississippi State and Ole Miss. Elsewhere, the take on the Ohio State Buckeyes in the Horseshoe to determine who will be in the top 4 at the season’s end & the and USC Trojans are squaring off at the Los Angeles Memorial Coliseum for their traditional end-of-season matchup.

Later, the show debates the possibility of Deion Sanders becoming the next Ole Miss head coach if the opportunity arises given a Lane Kiffin departure. In news of the weird, an Englishman caught the world’s biggest goldfish & the pod heads to the People’s Court over a dinner beverage.

2:30 The new College Football Playoff rankings have been released

13:15 Virginia Tech vs Virginia has been called off before their in-state rivalry game

16:22 Reports about Lane Kiffin being the next Auburn head coach have added more drama to the Egg Bowl

46:52 USC has the potential to make the CFP with a win vs Notre Dame this Saturday

53:20 The Rose Bowl is still blocking the CFP expansion

56:05 An Englishman caught a world record goldfish in France 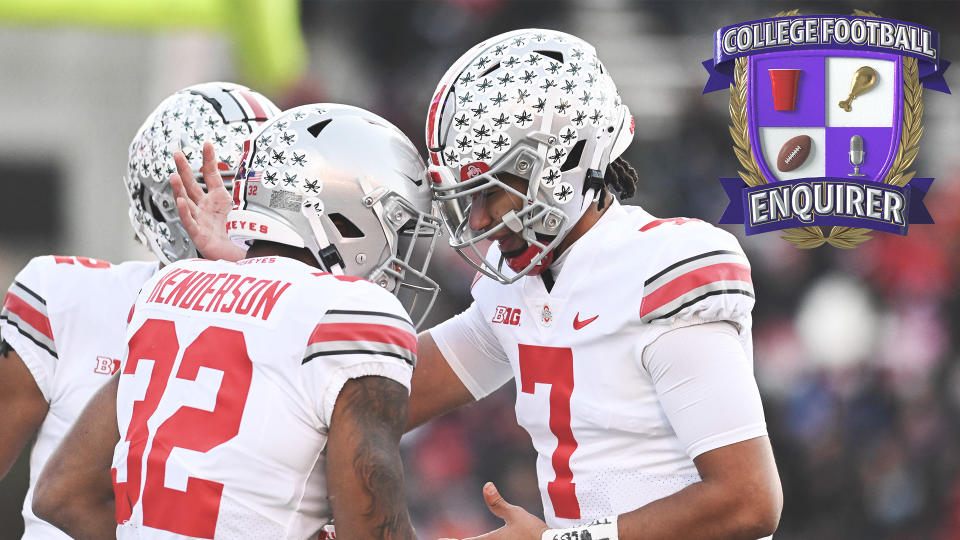